Up, up, and away may be an appropriate way to describe the direction of the third-party logistics (3PL) market, based on data recently released by supply chain consultancy Armstrong & Associates.

This data, Evan P. Armstrong, President, Armstrong & Associates said, is basically an extension of its annual 3PL market analysis that it released over the summer.

And it is based on Armstrong’s developing of global logistics cost and 3PL revenue estimates that includes annual projections through the fiscal year 2022 and represents seven major regions and 190 countries. 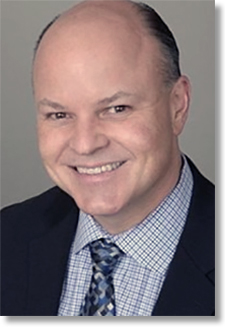 This marks a steady upward growth pattern, unlike from the fiscal year 2014 to the fiscal year 2015, which saw a 5.5% decline from $834 million to $788 million, which Armstrong said was “primarily due to the U.S. dollar strengthening against other currencies and declining fuel costs.”

Not surprisingly, the highest 3PL revenues, on a regional basis, run in tandem with the world’s most powerful economies.

Looking at some of these higher revenue regions, Armstrong noted European growth is a byproduct of it coming out of economic austerity-driven recession, even though countries north of the Alps like Germany, Norway, and the Netherlands are seeing higher financial growth than their geographical counterparts.

What’s more, Armstrong observed that European 3PLs-based on 2016 regional revenue-have penetrated around 25% of the total potential market, with the outsourcing of logistics still providing for growth over and above the overall economy.

“The best Europe-based 3PLs have made acquisitions to globalize their operations and participate in developing markets with higher rates of growth,” said Armstrong.

As for North America, Armstrong said 3PLs are benefitting from an improving U.S. economy with increasing manufacturing levels, the nearshoring of some manufacturing to Mexico, and newly addressable oil and gas operations in Canada and the U.S.

“Consumers in the U.S. bounced back from the great recession of 2009 and started to spend more especially on large ticket items,” explained Armstrong. “All of these factors are driving an improved 3PL market.”

Along with continued logistics outsourcing, the ongoing impact of e-commerce on the global 3PL market cannot be understated nor overlooked, something that is made very clear in the report.

The United States is also seeing the fruits of increased e-commerce activity, even with Amazon’s market share.